Mara and Scott are two individuals living miles apart, connecting only on an online forum. For each of them, their lives have veered desperately off course, and they are facing life-changing decisions. Scott lives near Detroit, and Mara and her family live in Dallas.

For Mara, once a high-powered attorney and adoptive mother of Laks, a degenerative and incurable disease will soon render her unable to care for herself, much less her kindergartner daughter. Four years ago, she made a decision: she would leave everyone and everything behind on her birthday. She is now five days from that moment when her life will be over.

Scott’s situation seems less dire, but no less emotionally devastating. After a year of caring for young Curtis, it is time for the eight-year-old to return to his mother. He is so sad, yet his wife, pregnant with their first child, is detached and looking forward to being alone with her own family. Scott has five days left with Curtis.

Almost immediately, I connected with each of these characters, learning their life stories and feeling what they felt. With much vividness, the author brings us right into the gritty and physically challenging moments of each day for Mara and we can experience the humiliation she feels as the tries to maintain a “normal” life. But her physical limitations and embarrassing accidents embarrass her child until one day, she realizes that, if she doesn’t leave the family now, her daughter and husband will pay a heavy price.

But what will be left for them afterwards? Struggling with these issues, it seems like Mara has not yet made her final decision.

And for Scott, an unexpected event will change the course of young Curtis’s life, and will require that he make a different decision. But will his wife support him?

Five Days Left took my breath away. Even as I hoped for a different ending, I was surprised and pleased that some of what I had hoped for came to pass. The sadness was mitigated by some hopefulness. The only thing I might have wished to be different: I would have loved seeing other perspectives in this story. Instead, we only see the points of view of Mara and Scott, and have to imagine what the other characters are feeling. 4.0 stars. 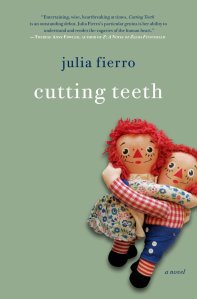 With Labor Day weekend approaching and with the threat of the bird flu lending a state of panic to some, Nicole arranges for a weekend retreat at the beach. The “mommies play group” members are all invited. The year is 2010 and the characters reside in Brooklyn.

They include Susanna and Allie, the lesbian mothers of twins; Leigh, the debutante, whose son Chase has behavioral problems, and her infant Charlotte, who is a blessing to Leigh; Tiffany, who looks and acts like the group princess, or possibly the seductress, is resented by most, and whose daughter Harper is like a mini-me; and Rip, the Mr. Mom of the group, whose son Hank is shy, and some might say “effeminate.”

Spouses and partners might also be joining in…and, of course, the children, all preschoolers or infants, will be there en masse.

In alternate chapters, we follow each individual’s perspective, and while they all seem like cardboard cutouts in the beginning, we gradually see them fleshed out.

Nicole is anxious, almost neurotic, and with her son Wyatt, heads out to the beach house first.

Susanna and Allie’s issues are evident when we first meet them. Susanna has given birth to the twins and is pregnant again. Does she resent being the one carrying the babies? Allie is wrapped up in her career and feels like an outsider in the group she has labeled Mommy Camp.

Rip’s wife Grace feels like an outsider, too, and some issues are evident between her and Tiffany almost immediately. Is Tiffany purposely trying to horn in on Rip? What does her partner Michael add to the mix?

The group of children seemingly swarm the place. Their behavior seems out of control, since these parents seem reluctant to curb their impulses. One child, especially, seems inappropriately coddled: Harper, at four, is still nursing, and her mother Tiffany seems blatant about it, knowing some are uncomfortable. Is Tiffany trying to show that she is above the rules to which the others adhere?

Tenzin, the Tibetan nanny, has accompanied Leigh, her boss, but is struggling to understand the language and the sayings that float around her through the day and night, while she longs for information from her homeland and her family.

For an entire weekend, we slog through the ins and outs between the parents and children, and can I say how annoying they all are? If I had to pick one over another, I would say Tiffany wins the prize as most annoying, along with her daughter Harper. Allie was the least annoying, in my opinion, and mostly because she recognizes that coddling the kids is not helping their behavior.

Meanwhile, many of these characters have big secrets. Something rather explosive will happen near the end that will change how they relate to one another…and may even turn their playgroup upside down. The explosion did shake things up a bit, and for a minute, I was interested in what might happen. But then the moment passed.

Parents of young children may enjoy Cutting Teeth: A Novel, but only a certain demographic of overly privileged parents could relate to the characters, in my opinion. 3.5 stars. 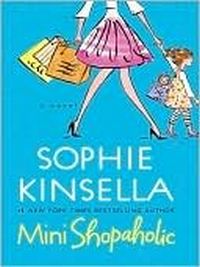 On the heels of her early days as a trend-setting shopaholic, Becky Bloomwood Brandon is back as a wife and young mother of a toddler, Minnie.

Still living with her mum and dad after the financial difficulties from the past, Becky hopes that she and Luke can finally own their own home. And she longs to convince him to try for a sibling for Minnie.

But meanwhile, she wants to throw a big, splashy surprise party for Luke in April, on his birthday.

Most of the fun of this book is watching Becky clamor about, trying to pull off the party of the century without spending much money—while acknowledging environmental issues—and still bringing something fabulous to the event.

Otherwise, the story shows us the same superficial Becky who blunders along, displaying no signs of maturity or growth. And even though Luke often seems annoyed by her addictive ways, he is more like a benevolent and amused accomplice. Even a bit oblivious and condescending. Then again, there may be some signs that Becky has learned one or two things from her mistakes, but any insight or growth are not in evidence when she deals with her two-year-old. The child screams “miiine” at every turn, in what has to be a rather grating fashion for anyone standing nearby. Any attempts on Becky’s part to rein her in fall flat.

At one point, a Nanny Consultant spends time with Becky and Minnie, (at Luke’s request), and most assuredly should have concluded that Minnie is a brat. Instead, her remarks sum Minnie up as “bright” and “feisty.” In what universe?

Luckily, most of Mini Shopaholic: A Novel (Shopaholic Series) focuses in on the party planning efforts and near-misses, which are quite hilarious. And I thought that the part Luke’s very stiff and haughty birth mother played in pulling things off was a nice glimpse beneath one woman’s cold façade.

So, yes, fans of the Shopaholic series may enjoy this one, just as I did. But if anyone is expecting Becky to have “bloomed” into a mature person, you’ll be disappointed. Three stars.