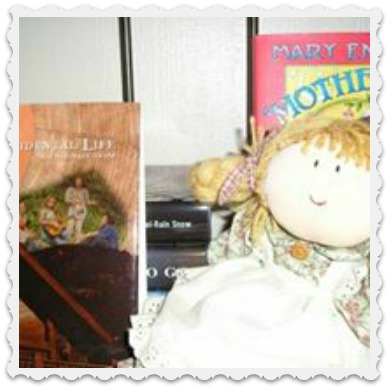 Good morning!  Today I am continuing an excerpt from Chapter One of An Accidental Life.

Previously, we watched our MC Karin Larson awakening and fantasizing about a dream vacation.  Now she has come back to reality.

Completely back in reality, Karin reluctantly sat up. As she looked around to gather her bearings, her gaze swept over the room, with its four-poster mahogany bed and matching dresser, crammed into the small space along with an armoire at the foot of the bed and a wicker chair next to it. Sighing, she acknowledged that her room had not metamorphosed into a luxurious bedroom/sitting room while she slept. And as she pushed open the swinging doors separating the bedroom from her bath, she noticed that the tiny cramped space with the shower/tub combination had not mysteriously turned into a luxurious spa while her eyes were closed. Laughing at her own fantasies, she turned on the hot water. Under the showerhead, the steady stream forced her body awake.

Toweling off afterwards, she moved quickly and within minutes had dressed in lilac colored lightweight pants and a matching sleeveless camisole, over which she planned to throw a purple and green floral printed tunic top. She glanced in the mirror before leaving the bedroom, pulling her ash blond hair back into a knot at the nape of her neck. She applied some eye shadow above her hazel eyes and blush to her high cheekbones. She lightly dusted powder on her pert, slightly upturned nose and with her finger, smoothed some lip-gloss on her full lips. Satisfied that she would pass inspection, she hurried from the room.

In the kitchen, Bridget had made coffee and now set a mug in front of her at the breakfast bar. Thankful for small favors, Karin smiled gratefully at her daughter as she slowly sipped. Carefully scrutinizing her mother, Bridget poured juice for the two of them and sat down on the opposite side of the bar. Her green eyes set in that fragile, porcelain-like face conveyed her apology. At fifteen, Bridget’s moods were all over the place, but just now she had proved that underneath all the whining and irritating behavior, a sweet girl still lurked.

“Thanks, Bridget,” Karin reached out and lightly clasped her daughter’s hand. “Did you find the book?”

Nodding, Bridget grinned. “It was right where you said it would be. I don’t know what gets into me, sometimes. But, anyway, I have to go pretty soon. What time will you be home tonight?”

“Oh,” Karin reflected, frowning as she mentally pictured her day. “I think I should be here by six tonight. Would you like me to pick up take-out on the way home?”

“Sure, Mom,” Bridget replied, while stashing her books and papers into her backpack. “That sounds great. Surprise me,” she added, anticipating her mother’s next query as to whether or not she preferred Chinese food or pizza. Then kissing her mother lightly on the cheek, she headed out the door.

Left alone in the now yawning quiet of the apartment, Karin carried her mug into the living room, where she sat on the edge of the green and white checked slip covered sofa and placed it on the glass-topped coffee table. From this vantage point, she could see the kitchen and adjacent dining room and down the hall to the two bedrooms.

A small round pine table painted green, with mismatched chairs, stood in the little nook. Karin had laid out woven place mats on the bare tabletop; reddish orange napkins secured with pewter napkin rings offset the neutrals of the mats…compliments of the local Pier I store. Her gaze swept down the hall toward Bridget’s room, and she mentally conjured up the black wrought iron daybed her daughter had had since she was ten years old, now covered with bright pillows in red, green, purple, and yellow. Her red dresser and chest, along with a wicker side chair, had been picked up in thrift stores years before and painted anew to fit Bridget’s current fads. Bridget’s walls were covered with posters and her shelves were crammed with books, teddy bears and dolls, reminiscent of her younger years. Karin could also visualize the floor with its mass of clothing, both clean and dirty; Bridget had a tendency to throw things down after wearing them or even after just trying them on.

She and Bridget had lived in this tiny apartment since Bridget’s father had left in 1985, when Bridget was only nine. She shuddered and forced herself back into the present. Small though this apartment was, it had certain homey touches she had brought to it over the years with the addition of interesting pieces purchased at flea markets. Against the inner wall, just before the room veered off into the hallway, she had placed her latest purchase, a reproduction rolltop desk. Its pigeonholes were crammed with every imaginable item, but its top held photos placed in lovingly selected frames. A picture of Bridget as a baby, with her reddish gold hair secured by a ribbon, sat beside a photo of herself and Bridget, taken when the little girl was four years old; and next to them stood a framed version of her daughter, taken just last year, her dimpled smile beaming at the camera, while her strawberry blond hair fell around her face in waves and her green eyes crinkled under the sweep of dark eyelashes.

On the wall above the desk, more framed photos were arranged asymmetrically, and included several of Karin as a child; one photo showed her grandmother, Olga Peterson, with her twinkling dark eyes and that gray hair on top of her head in its neat little bun. Her eyeglasses hung from a chain around her neck. Karin felt a slight pang as she thought about Olga, who, at seventy-seven, was becoming more fragile and seemed to shrink visibly between their infrequent visits.

Finishing her coffee, Karin forced herself to face the day. 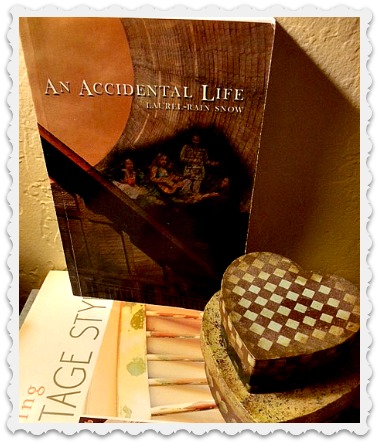 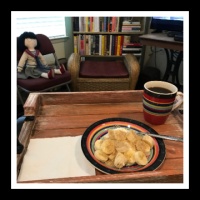