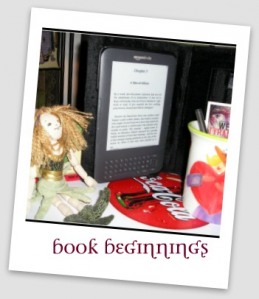 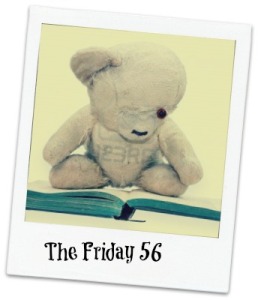 Welcome to some bookish fun today as we share Book Beginnings, hosted by Rose City Reader; and as we showcase The Friday 56 with Freda’s Voice.

To join in, just grab a book and share the opening lines…along with any thoughts you wish to give us; then turn to page 56 and excerpt anything on the page.

Then give us the title of the book, so others can add it to their lists!

If you have been wanting to participate, but haven’t yet tried, now is the time!

What better way to spend a Friday?

Today I’m reading an ARC from Amazon Vine entitled The Last Winter of Dani Lancing, by P. D. Viner, for fans of Tana French and The Silent Wife.

“There’s no such thing as monsters,” he tells her.

The girl screws up her nose.  “Look anyway.  Please.”

She hugs Hoppy Bunny right as her dad slides sideways off the bed and onto the floor, pulling the duvet to one side and peering into the shadows.

56:  The hallway was empty.  He just stood there, staring at the front door, his brief moment of optimism deflated like a ruptured balloon.

Thrust into an intense devastation that nearly destroys their marriage, Patty and Jim Lancing struggle to deal with their harrowing loss. Patty is fanatically obsessed with the cold case; consumed by every possible clue or suspect no matter how far-fetched, she goes to horrifying lengths to help clarify the past.  Meanwhile, Jim has become a shell of his former self, broken down and haunted—sometimes literally—by his young daughter’s death. Dani’s childhood sweetheart, Tom, handles his own grief every day on the job—he’s become a detective intent on solving murders of other young women, and hopes to one day close Dani’s case himself.

Then everything changes when Tom finds a promising new lead. As lies and secrets are unearthed, the heartbreaking truth behind Dani’s murder is finally revealed.
THE LAST WINTER OF DANI LANCING is a shockingly disturbing and deeply powerful debut, and P.D. Viner immediately joins the ranks of Tana French, A. S. A. Harrison, and Gillian Flynn.

Did that catch your interest?  Scare you a little?  Now share your links, and let’s chat.

14 thoughts on “ENTER THE INTERIOR FOR BOOK BEGINNINGS & THE FRIDAY 56: “THE LAST WINTER OF DANI LANCING””