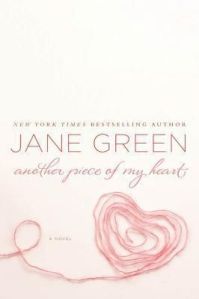 When Andi met Ethan in her thirties, she knew he was just the man she’d been waiting for…and the fact that he had two daughters already felt like the icing on the cake. Andi had always wanted a family.

But family life did not unfold in the way that Andi had anticipated, and their “blended” family began to feel more like a chaotic cauldron of warring temperaments and unsolvable conflicts. At the heart of these conflicts was Ethan’s teenage daughter Emily, whose histrionic behavior and horrific tantrums began to define their daily lives. Sophia, on the other hand, despite being the youngest, presented as calm, mature, and easily loved.

Because Ethan had a neutral kind of personality, he found himself constantly mediating between Andi and Emily; and in trying to calm Emily down during her tantrums, he appeared to be taking her side.

Something happens during Emily’s seventeenth year that changes the dynamics and direction of this family. How will these unexpected events unfurl and cause them all to take another look at things? And what will be the ultimate outcome?

In the beginning, I could see much of the story through Andi’s eyes, and felt her frustration for Emily.

Toward the middle, the author brought Emily’s point of view into play through alternating chapters in first person narrative voice, so finally I could understand some of what she was feeling.

To say more would be bringing spoilers into the mix, so I will only add that I sometimes couldn’t breathe with the intensity of emotions churning up within Another Piece of My Heart. I could understand each of the characters, even as I felt frustrated with most of them at one point or another. In the end, I liked the way things came together, and while I hoped–and even expected–they would play out this way, the ending gave me a very good feeling.

2 thoughts on “A CHAOTIC CAULDRON OF WARRING EMOTIONS — A REVIEW”