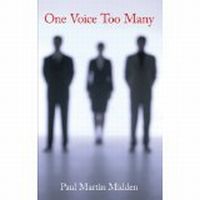 One man’s journey from a volatile and troubled childhood to a productive adulthood is stymied whenever he enters intimate relationships. A first marriage ends dramatically when the main character, Jeremy Walker, lifts his hand to strike his wife. He is able to curtail the impulse, but his subsequent efforts to curb the anger and potential violence in future relationships interfere with his ability to maintain closeness. The death of his second wife ends short of anything violent happening, but then he remains on his own for several years.

Until he meets Macy Caldwell. A single mother of a twelve-year-old girl, she offers an opportunity for Jeremy to try again.

But as the relationship progresses, Jeremy continues to struggle with his urges and impulses. What will happen to ultimately destroy his attempts? And how will Jeremy finally deal with the recurring “voices” that threaten everything he is trying to build in his life?

The story in One Voice Too Many was captivating, and the pages turned quickly for me. However, at times the writing style felt stilted and too formal for my taste. Despite these issues, I was quite intrigued by Jeremy’s journey and hoped for a satisfactory resolution. In the end, there was much left hanging…but perhaps this conclusion left room for hope. Three stars.

2 thoughts on “ONE MAN’S JOURNEY TOWARD SANITY — A REVIEW” 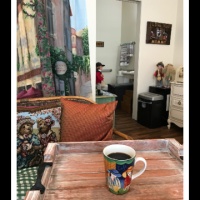